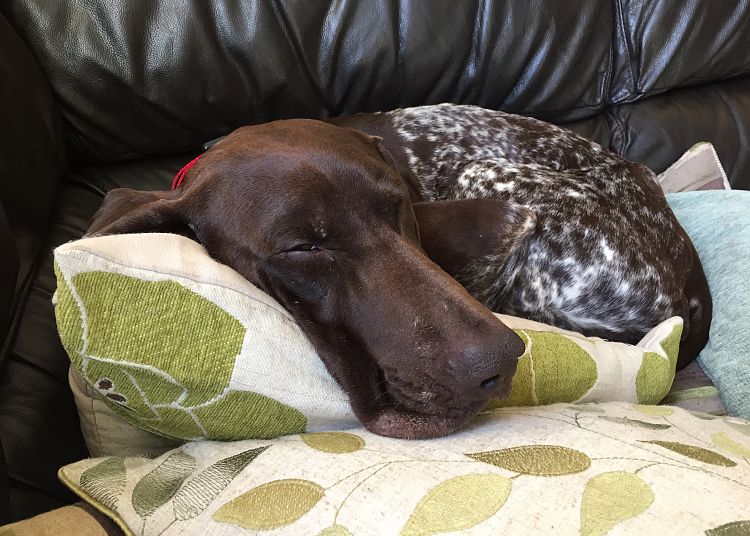 I wanted to let you know how Bodie was getting on.  He's been here for a week now and he's settling in very nicely.  He found the fox hole in the fence on the first day but we've now patched that up so he's off the long line in the back garden and we've enjoyed playing fetch every day.  He absolutely obsessed by the squeaky tennis ball, so much so that I can't bring it out anymore, but he's fine with a normal tennis ball as long as I distract him with something else when it's time for the ball to be tidied away.

Bodie is sleeping well.  He's in our room (I know, I know!) so the separation isn't an issue for him but he settles for the night and doesn't get up again until one of us gets up in the morning.  He's eating well, and lapping up the treats he gets for sitting, waiting and paw (not quite but we're getting there!).  He still looks quite thin.  I wonder if he's now getting a bit more exercise than he was with you so we might up his food portions a bit.  We'll give it another few days then make a decision.

We're enrolled in a scent workshop in a couple of weeks and waiting for news on how to join the local agility club. He did his first park run this morning.

Thank you so much for helping us re-home Bodie.  I think we're all going to be very happy.

Closed to all visitors