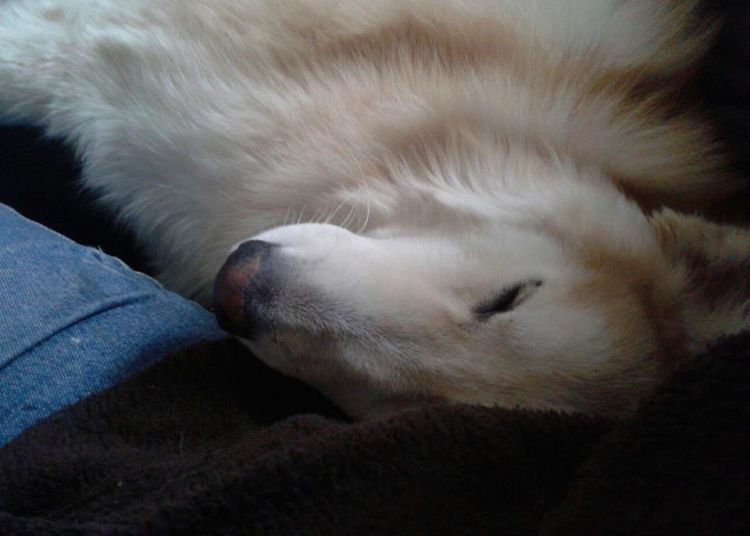 It was July 2012 when our young son Kieran mentioned for the 700th time that he really wanted a dog. You would've thought he'd be happy and settled with his cat, chinchilla and rabbit... but no, he wanted a dog.

The time was not right for us and so yet again we had to disappoint Kieran by saying no; but it was strange this time as for no apparent reason Maria and I felt quite disappointed ourselves.

September 8th was the day SDR were having their Summer Fete and for a nice day out we decided to go for a quick look - it was supposed to be literally a 'pop along' and little did we know that by the end of the day we all would have fallen in love with a four legged friend.

We went on the kennel tour and, while all the dogs were beautiful, we never had an urge to take any home. Not until at last we came to the isolation unit, where the very last dog we saw on the day was Prince, a stunningly beautiful German Shepherd Cross.

Maria was in tears and kept saying she had to have him. Kieran wanted to jump into the kennel with him and I simply stood and looked in amazement at how beautiful this dog was.

But Prince was not a well dog and had not had the best start in life. For the next three months Maria called SDR every few days asking if Prince was ready to be rehomed. It seemed like the day was never coming, but, in October 2012 we got the fantastic news that we had been dying for... Prince was ready to come out of the isolation unit. A home visit followed when we were all so very nervous, but our beautiful Prince came home to us on the following Sunday.

Of course, we were worried about helping him settle in because there was so much to work out: where would he prefer to sleep? where would he want to go for walks? toilet training!!!

But it turned out that it couldn't have been easier. Prince showed his intelligence right from the start by making his home on the large cushion and he quickly decided which part of the sofa was his and once Prince had 'trained us' we were also very quickly able to work out when he needed the toilet!

And now, eight months on, our family no longer wonders if getting a dog was the right thing to do or not, simple because Prince is family now. He brings us so much joy and happiness just by the way he loves his cuddles, by the way he looks lovingly at us for hours, by the fun games we play with his toys and by the way he is always there for us when we need cheering up.

We no longer ask ourselves if getting a dog was the right thing to do. Now we ask ourselves 'how on earth did we ever live without out gorgeous furry friend, Prince?'

Please support us by playing the Weather Lottery